Running Guns to the Rebels

The Severn Riverside Wharf Labours Federation (SRWLF) had been running low on weapons and ammo recent engagements had not gone well, Harry Doyle had arranged for a contact in Birmingham to bring down a cache of weapons via the canal.
The barge was due to arrive at 8.00pm it was now 8.15pm and no sign of the barge, awaiting on the Bridge at the back of Perdiswell House, Harry and 20 of his most trusted fighters became nervous, the phone in the gate house kept ringing how much longer could he afford to wait. 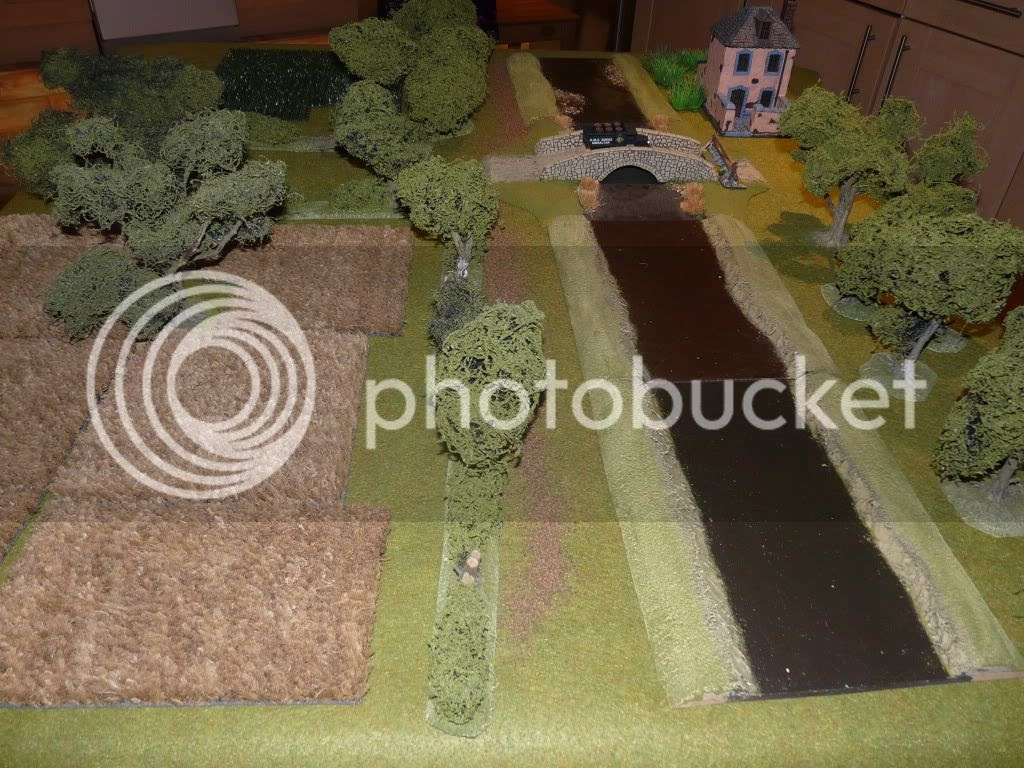 The scenario was lifted from the Too Fat Lardies Suppliment - Triumphant Standards.
Scenario Nine - Running Guns to the Rebels.
Turn One
After being alerted by the Game Keeper at Perdiswell House a section of Local Police set out to investigate the Bridge and a larger parked after curfew. 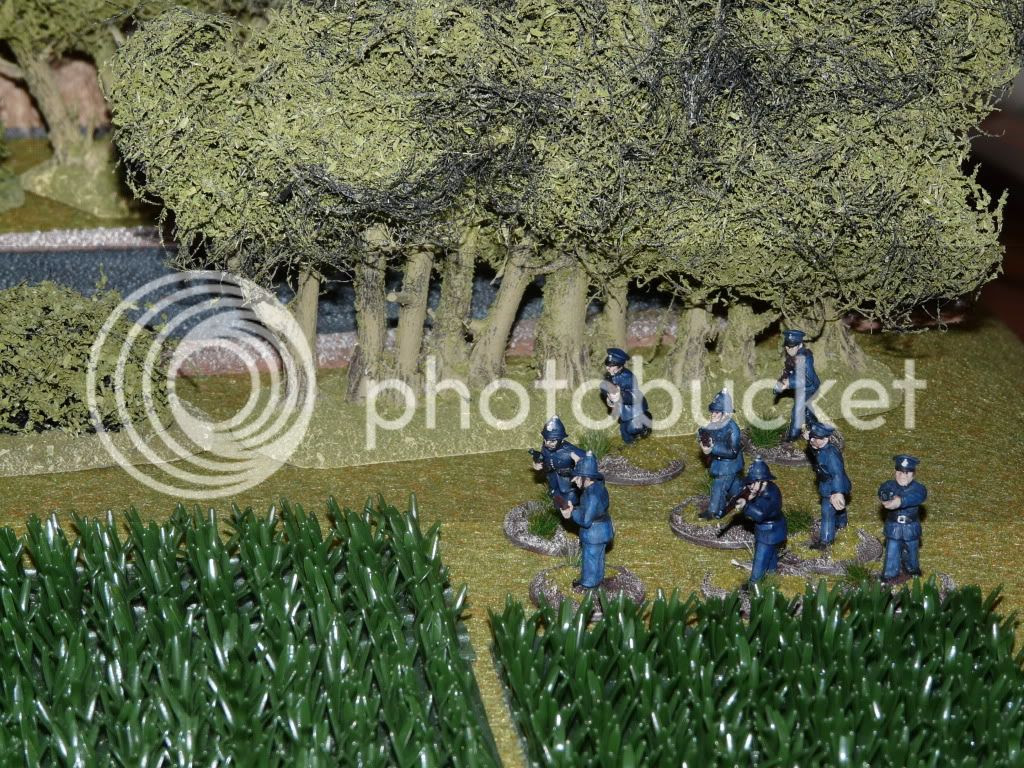 Turn Two
Members of the SRWLF line the hedge row and pin down the approaching police... Where is that barge. 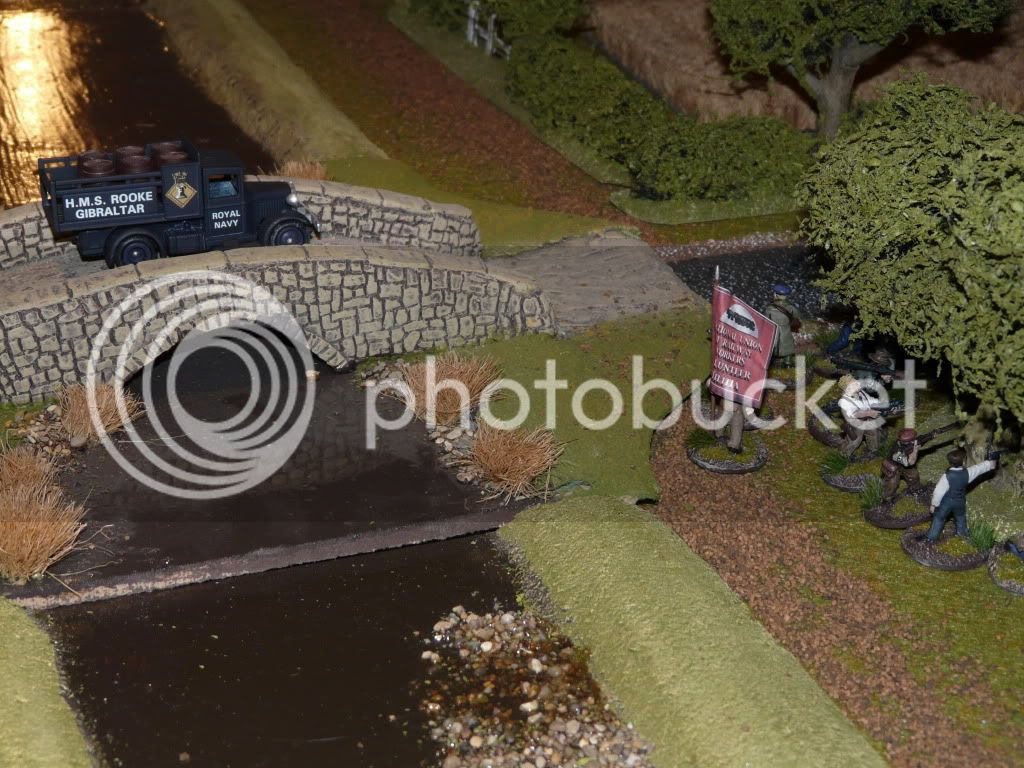 Turn Three
Alerted by the shooting members of the Household approach through the woods to help drive off the ne'er do wells. 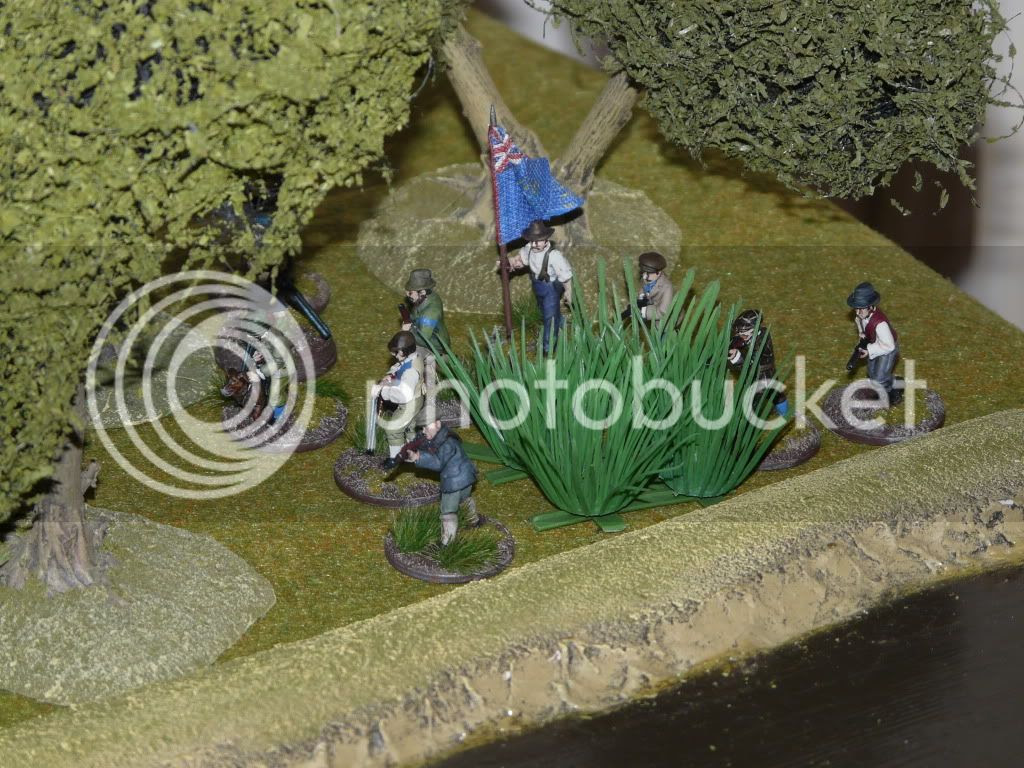 Turn Four
The barge arrives with 10 armed defenders, they pour fire into members Household Staff forcing them into the undergrowth. 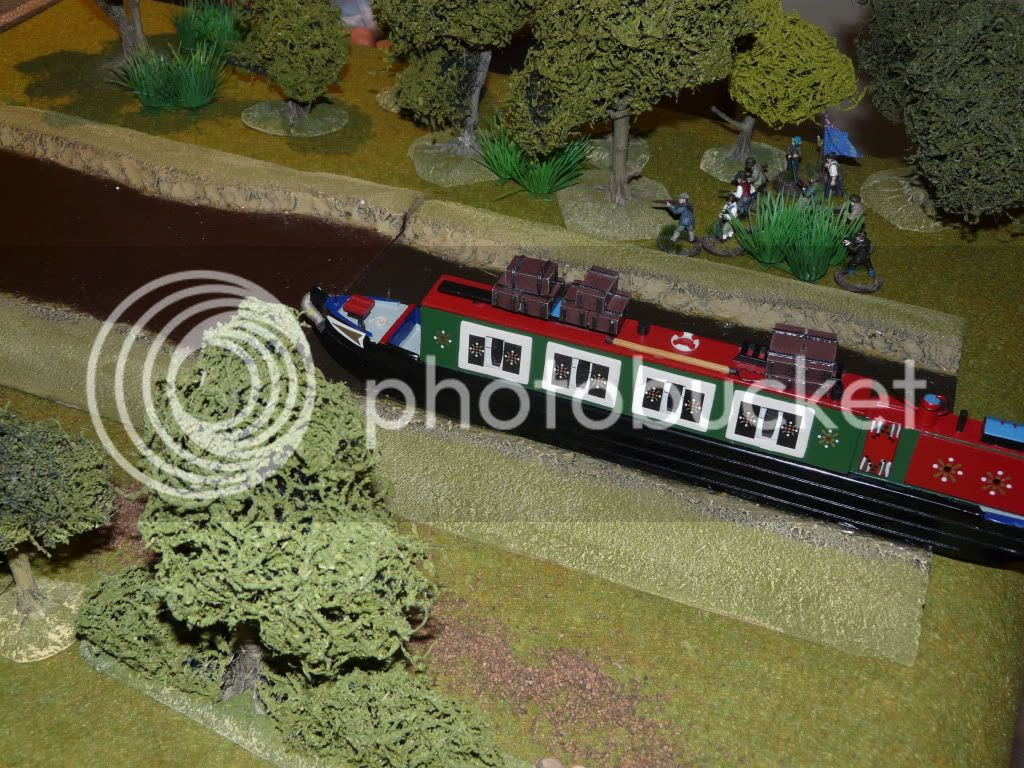 Turn Five
Members of the Astwood Defence Association arrive to support the local Police, they push through the local corn fields and push on towards the canal, scattered firing comes from the SRWLF who are now under preasure to hold the bridge. 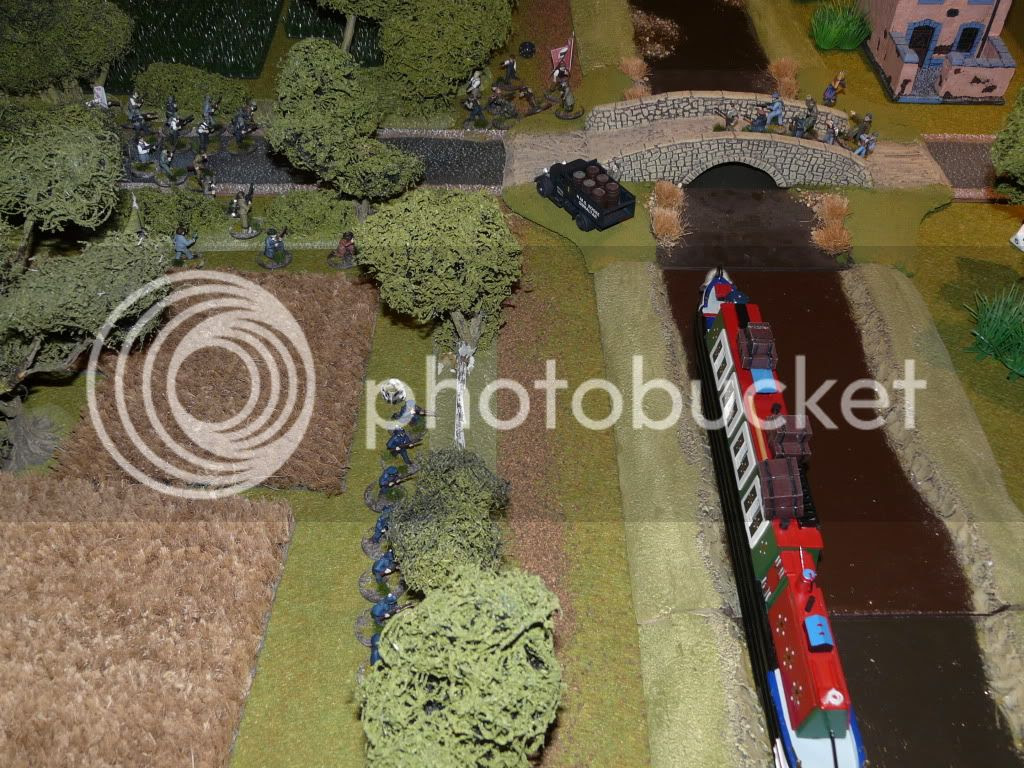 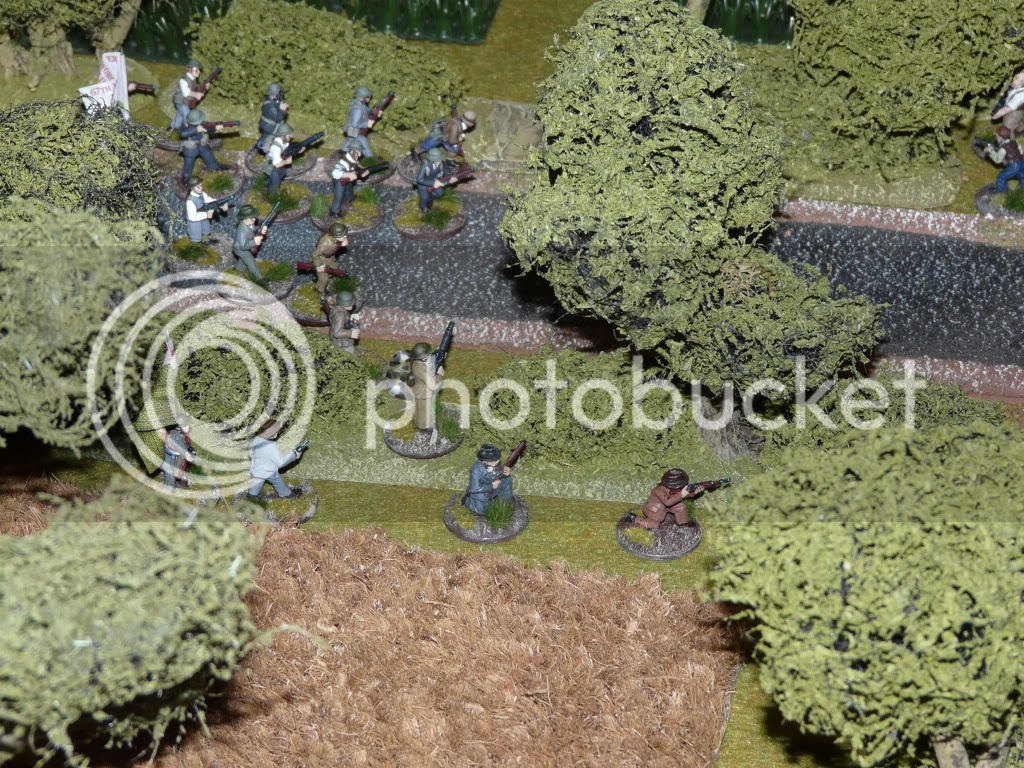 Reluctantly Harry signals the barge to head back down stream and heads off into the darkness of the grounds of Perdiswell House, the weapons would have to wait.....

A cracking kick start to the next batch of games for the Worcester VBCW.
Posted by Stuart S at 13:34